This is the Transcript of the #WeddingMarket Chat on June 18th, 2014 with Lawyer Rob Schenk. The answers were made on Twitter so responses will appear different.

Rob Schenk is a trial attorney who represents wedding industry professionals involved in business disputes, similar to other attorneys for business legal needs. After speaking with wedding pros over the years and discovering that many held misconceptions about the law, Rob created weddingindustrylaw.com in 2013, as an online resource of legal news and education. Businesses in our industry need the support of experts like Birk Law Firm in order to navigate their way through intricate and challenging legal processes. Rob’s expertise has been featured in Huffington Post Weddings, The Knot, Evolve Your Wedding Business, Above the Law, Wedding Industry Rescue, and The Span Plan, and he regularly speaks at event industry conventions nationwide on various legal topics. Rob is licensed to practice law in Georgia, Tennessee, Florida, California, and New York, and maintains principal offices in Atlanta, Georgia and Nashville, Tennessee.
Learn more about Rob Schenk at http://www.weddingindustrylaw.com

This following information is for general educational, informational, and entertainment purposes only, and is not intended to be, nor should be considered by the reader, as specific legal advice of of any sort for a specific legal case or legal matter.

Q1: How did you get involved with wedding law?

Rob Schenk: My ex is a wedding photographer. She asked me to draft her contract and after that, the word spread!

Q2: How long have you been in business & how do you work with the wedding industry?

Rob Schenk: I’ve been a licensed lawyer since 08′. I’ve worked with wedding pros on contract and litigation matters since 2010.

Q3: What types of problems can happen if a wedding vendor doesn’t have a contract?

Rob Schenk: Biggest problem to working without a contract? Proving the terms later on. A document works better than a client’s memory!

Q4: When you read wedding industry contracts what key items are usually missing?

Q5: How do you include a cancellation clause to protect your wedding biz?

Rob Schenk: The contract should specify what happens to the money, and what the obligations of the party would be, should the event be cancelled by the client. Generally, this is where contracts can be confusing.

Q6: Are wedding pros entitled to more than a deposit if the event is cancelled?

Rob Schenk:Depends on the contract. But generally, the if initial payment is non-refundable, it may be considered the sole remedy for the wedding vendor.

Q7: What should be in your contract so you can use photos, video from events for social media, blogs, TV & etc.?

Rob Schenk: Authorization from Bride/Groom to use of their images for marketing purposes. This is called a release.

Q8: When does a Bad Review of a Wedding Business Constitute Defamation?

Q9: How should a Defamation Claim need to be presented to the Courts?

Rob Schenk:Defamation claims can be hard lawsuits to win. In most instances, you present evidence of fiscal loss associated with the false statement. Sometimes, the courts are allowed to assume such loss.

Q10: If you show up late to an event or your product is several weeks late is this a breach of contract?

Rob Schenk:Probably. However, if the client were to sue, the issue would be ‘to what is the client entitled’ for such breach? For lateness to an event, or lateness of product, it’s probably immaterial, and a Court would award only nominal damages. That’s why wedding biz pros should try and smooth over bad situations. Offer a discount, or other value proposition. When vendors offer to make it right & clients accept, this oftentimes bars the client from later suing for such mistake.

Q11: Should a destination wedding contract be different from a domestic contract?

Rob Schenk:Destination wedding contracts should have a forum selection clause, in which a specific county/stateshall be considered the only location for any future lawsuits.

Q12: Is there a way to have legal contracts signed electronically?

Rob Schenk: Yes. There are several companies that offer electronic signatures that will hold up in court.

Q13: Do you have any special events or projects coming up?

Rob Schenk: I’m looking forward to speaking at the Wedding MBA in Las Vegas this September! I’ll be talking on one of my favorite topics: How to Negotiate a Settlement after a Dispute Arises.

Q14: What would you like everyone to take away from this chat?

Rob Schenk: Make sure that what you do is in writing. Don’t just shake on it.

Non-Disparagement Clauses- When are these Appropriate?
There’s a big to-do lately about Wedding Vendors including in their client contracts a ‘no-review’ or ‘non-disparagement’ clause. From a business standpoint, I would not advise this course of action. Demanding the client keep mum even before the vendor has provided services should be a red flag to any prospective buyer. From a legal standpoint, the ability to enforce such provisions remains to be seen. I recommend ‘bargaining’ for non-disparagement only AFTER there is a problem, and in consideration of something valuable (like a refund).

1. @BridalBalance Is having your business set up as an LLC enough to protect you against lawsuits?

Rob Schenk: Forming an LLC is like having some armor, but it cannot prevent a client from swinging an axe at you.

2. @SYTInvitations How important is it to get liability insurance as a sole proprietor or even a partnership?

@SYTInvitations Would this protect your personal assets though?

Rob Schenk: Generally, Sole P’s personal assets at risk from creditors/judgments. Anything over the insurance policy would be at risk.

3. @SYTInvitations is it better to use the word retainer rather than deposit?

Rob Schenk: Depends on state, but what’s more important is that the contract specify exactly what happens whether the money is refundable under conditions or non-refundable.

4. @SweetestEvents_ What are your thoughts on engaged couples, and wedding planners purchasing Wedding Insurance?

Rob Schenk: Necessary? No. A good idea? Depends on how expensive the wedding will be. Wedding Insurance protects the clients in event of their own issues. Some venues I advise to have clients. Purchase liability insurance which kicks in to protect the vendoe.

5. @SYTInvitations is it necessary to have both parties I.e. Bride/groom sign the contract?

Rob Schenk: Generally, you can only shake down for money the persons that sign the contract . Good idea to have both clients sign, to go after two different bank accounts if they breach.


6. @mlvlatina Kanye West Is being very vocal about Annie Leibovitz. Would this be an example of defamation?

Rob Schenk: I have not seen anything that screams ‘defamation’ yet. Has AL publicly responded?

@mlvlatina No, not yet. I’m watching this closely.

Rob Schenk: Me too. AL is a “public figure,” so the bar is set very high for her to prove defamation against Kanye.

7. @PAEvents Can referring unlicensed vendors leave you liable as an #eventpro? Answer:

Rob Schenk: “licensed” can mean a lot of things. However, referring another does not generally open you up to liability.

8. @SYTInvitations Should there be a clause in the contract that covers tardiness for both parties?

Rob Schenk: Some vendors will have a ‘release’ of liabilities caused by client tardiness. I would call it bad biz to allow a vendor to be late.

9. Event_Culture_ Is it important or irrelevant to have disclaimers on blog posts, emails with general advice/info?

Rob Schenk: Depends on what is to be accomplished with the site. If users post on the site, it’s good to have a policy about copyright, for example.

10. @MariellOnline Can changes/additions to a contract be made by email, or should the entire contract be rewritten & resigned?

11. @SYTInvitations this may relate to the LLC question but I want to know, how important is it to trademark your business?

Rob Schenk: Trademark is different than registering an LLC. Trademark protects a biz brand and good will from competitors. I think that vendors should think hard about their logo, brand, and designs. The more distinct they are, theoretically, the easier to TM. Once the TM is registered, you can snuff out copycats.

12. @MLVLatina is a client able to bring legal action against a vendor years after the event?

Rob Schenk: Great Q! All legal claims must be brought within the applicable “Statute of Limitations” which varies by claim and by state. Usually 2-6 years for most claims relevant to our biz

13. @DestWedPros Is there language to “fire” a client? When we choose not to work with them anymore?

Rob Schenk: To “fire” a client, the contract should specify EXACTLY what the conditions are Can’t just be because they don’t want to work with them. Otherwise, clients would do the same. 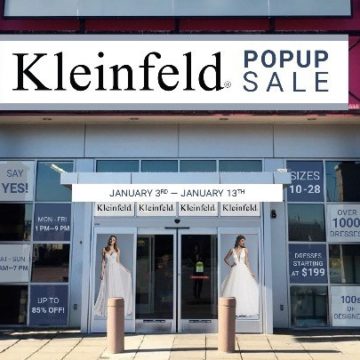 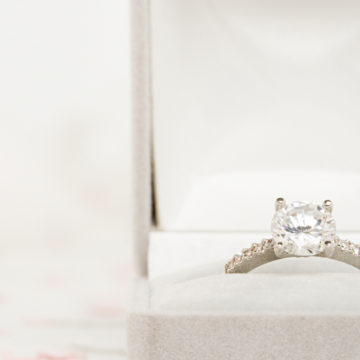